The wax statue of Brazilian singer Anitta is almost ready for display at the Madame Tussauds Museum in New York. The institution shared this Tuesday (31) details of the project, which will place the “malandra” among the great.

++Jessie J surprises ‘Heartstopper’ star during concert: ‘You are a wonderful person”

The museum is known for reproducing artists from around the world in great detail. The ‘poderosa’ had skin tone, hair, and even nails and tattoos well scanned so that the statue would look identical to her. The look chosen by the singer to be with her was the model used in the video for her song ‘Girl from Rio’.

The Brazilian singer has been conquering the world, and recently performed on the main stage of Coachella. Owner of hits in English, Portuguese, Spanish, Italian and even French, the muse has golden partnerships in music. His latest album ‘Versions of me’ already has millions of streams. The ‘malandra’ reached #1 with Envolver. 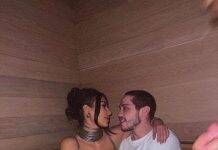