Considered one of the leading most artsy festivals in the world, Art Basel Miami, which is exactly where Jetss had to be.

Camila chatted with Gerard Butler about his passion for luxury watches stating, “After visiting Roger Dubuis manufacture in Geneva and watching the process behind developing the Dubuis’s Excalibur collection, I was enthralled by the watchmaker that I instantly became one of the brand’s most vocal supporters.” 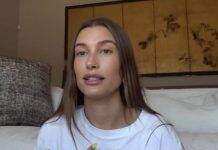