Another great actor emerges out of Brazil…

Meet the gorgeous and talented Brazilian breakout Tiago Riani, one of the stars of ‘The Longest Ride’ by Novelist and Bestseller Nicholas Sparks. Riani is one of the few crossover Brazilian actors to hit the big screen in Hollywood.  We had a great time chatting it up in Los Angeles with the super sweet actor/model/photographer/chef about his experience in the film and his hope for other international artists looking to make it in Hollywood.

Jetss:  Tell us about the casting for ‘The Longest Ride’, who else auditioned for the part of Luiz (we hear some big names)?
Tiago Riani: Originally the writers and producers wanted an American but after researching the long-standing history of Brazilian cowboys they decided to go in the Latin direction. I auditioned like usual with many wonderful actors, some of whom I’ve known for years back in Brazil and whose work I greatly admire. Out of respect I will not mention names, but to my good fortune I was cast in the role.

Jetss:  How did you prepare to play a cowboy, did you actually ride the bulls/horses?
TR: I grew up in a small town called Rio Claro – Sao Paulo, Brazil and from a very young age I’ve been riding horses. On set, they were cautions to protect the actors because the bulls were the “real deal” from the top rodeos across America. The stunts were done by ‘professional bull riders’ but the actors used mechanical bulls and our faces were superimposed using 3D scanners. It’s all very technical and it was great fun!

Jetss: What was your experience with Nicholas Sparks, did he visit the set or give advice?
TR: Nicholas was wonderful; he visited the set often as he collaborates closely in the making of his novels. We spoke a lot about Brazil and how much he enjoys the culture and how warm and welcoming Brazilians are. I was very touched that his children wanted to meet the ‘Brazilian Cowboy’, lol.  He was surprised and honored at how many people in BR read his novels.

Jetss: It’s been quoted that Scott Eastwood (Clint Eastwood’s son) is a nightmare on set, selfish, egotistical and super insecure. According to Brad Pitt and Shia LaBeouf; they referred to him as “an amateur”, what was your experience?:
TR:  You know, this whole production for me was mind-blowing.  I do not have one negative thing to say about anyone because that was not my experience.  To work with the wonderful director George Tillman, Jr., the talented actors Lolita Davidovich, Britt Robertson, Melissa Benoist and everyone at 20th Century Fox was a dream and honor.

Jetss: Do you find it difficult with a BR accent in Hollywood?  And do find inspiration from fellow Brazilian crossover actors like Rodrigo Santoro and Wagner Moura?
TR: Well… my accent would be an advantage if there were more roles for Brazilians obviously but I find there are more jobs for actors with a “Spanish” accent; very different from a Portuguese accent. I am excited and hopeful that this is changing in Hollywood because I see Rodrigo, Wagner and Alice working more and more.  They are so talented and have set the bar very high. Diversity casting is on the rise for all cultures and this is great.

Jetss:  Why did you choose to come to Los Angeles as opposed to having a career in the very popular soaps on TV Globo?
TR: When I was young my father brought me, my brother Gustavo and sister Camila to see our first movie in the cinema, it was E.T.  I was OBSESSED from that moment, I wanted to be ET’s best-friend, I wanted a flying bike, which I eventually got, (not the flying part, lol) and I wanted to come to Hollywood. For many years I worked as model for Giorgio Armani, Giafranco Ferre, Romeo Gigli, Prada… traveling the world, but I always knew I wanted to act in America.  I love the Novella’s in Brazil and I do watch them when I can and sure, I’d welcome working on a soap there, I love Brazil.

Jetss:  What is next for Tiago Riani, what projects are you working on?
TR: I’m also a photographer and videographer and currently co-producing and co-directing a feature. I recently shot ‘Vlado’ (story of Vladimir Herzog, a revolutionary hero) directed by Felip Mucci; I portrayed Ricardo, an activist fighting against the military dictatorship in Brazil in 1975. It’s a wonderful film and we’ve been invited to several festivals around the world. As well, I’m up for a few pilots, but will remain silent until the deals are inked :).

Jetss’ Fav Five:
What is your dream role? To play the Brazilian Ironman and Don Draper
Where do you do your best thinking? On my motorcycle
What has been the hardest life lesson to learn? That people aren’t always who they represent themselves to be
What is your secret talent? Won’t be a secret anymore but I’m a pretty good chef
What do you find sexy in the opposite sex? Good humor, intelligence and femininity.

The film opens in the U.S. April 10th and Brazil May 9th. 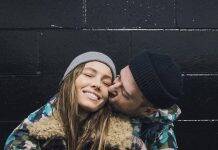