Considering all the rumors circulating around Cara Delevingne, most recently her uncomfortable exchange with the anchors of the morning show ‘Good Day Sacramento’ who mocked the actress for what they perceived a “cranky attitude,” the actress generously took time to speak exclusively and candidly with JETSS to clarify her professionalism and unique sense of humor.

Delevingne arrived at The London Hotel in West Hollywood on time and prepared and as she entered the suite she immediately noticed our pre-set lighting and asked, “Why am I the only one with this major light? That must mean I am in the spotlight and can speak as much BS as I like, right [laughs]?” After our crew had a good laugh the well-spoken actress politely asked to sit directly under that spotlight while we chatted about her latest film project ‘Paper Town.’

JETSS: How did you feel the moment you saw your character “Margo“ on screen at the premier of Paper Town?
Cara Delevingne: I found it fascinating!  It felt a little bit awkward because it seemed like yesterday we were shooting and all of a sudden the movie is complete and already premiering. Personally, I don’t really like watching myself on screen but it’s great to hear when someone says that he or she liked the movie or liked me in the movie [laughs]. It’s fantastic; I still can’t believe it premiered.

JETSS: You character “Margo” is a very popular girl in high school who treats everyone with respect, how was ‘Cara Delevingne’ in high school?
CD: I wasn’t popular but I had a lot of friends. Until today I still have lots of friends with very different personalities and from various backgrounds. I believe I get along with so many people simply because I like people in general. I consider my closest friends as part of my family. I enjoy having fun with them and will admit to playing practical jokes on them. Sometimes I prefer a deeper conversation grounded in drama. In general I’d say my teenage experiences were very calm, surrounded by calm people from the countryside.

JETSS: In the movie, “Margo” tries to show Quentin (Nat Wolff) that he should not idealize her, nor treat her like some kind of idol to be placed on a pedestal. Do you find it important that this type of message gets heard by this new generation?
CD: The young boys of my generation tend to place the girls on some sort of pedestal, but so do the girls with their lovers. All of us, despite being a teenager or not, do some form of this “pedestal lover thing” in some way and that includes me.

Sometimes I’ll idolize a person and the moment I get to know them I find out she/he is a complete a**hole. It’s tough sometimes like taking a cold shower. The truth is we are all human with qualities and flaws, but the more people try to act as if they are “perfect,” the more they become idiots. The best quality of my character ‘Margo’ is that she never intended to be “perfect.”  That idea of perfection was just in Quentin’s (Nat Wolff) mind.

JETSS: One of your best lines in the film is “the more confident you are, the more sexy you are.”  You often publish on your social media captions that encourage people to assume their weirdness. Can you compare Margo’s posts and Cara’s posts on some level?
CD: Wow, did Margo really say that? I’m sorry I totally forgot. That’s funny because in my interviews I always say the more comfortable you are, the better you look but I didn’t remember that ‘Margo’ said that [laughs]. Well, the truth is the more comfortable you feel with yourself, your clothes or the way you behave, the more confidence you will transmit and that is beautiful.

JETSS: The transgender reality has become a hot topic in the media. The younger generation seem to be more accepting of sexual differences. Do you believe that “Paper Town” approached these questions well?
CD: Well, I love the concept of eliminating gender discrimination. I belong to a generation where men and women are simply equal. Society is the one that forces us to behave in certain ways.  Yes, I believe that “Paper Town” speaks about this topic intelligently and despite the fact there are the boys group and the girls group, both groups worked together to pursue a common objective.

JETSS: How would you describe your relationship with author John Green?
CD: John was amazing with me from day one. I was anxious to meet him and had so many questions to address about the way he writes. The moment we met he surprised me by saying he couldn’t have found anyone better  to play Margo and that I was the ‘Margo’ he had in mind when he wrote the book.

When I would ask him about how to play some of the scenes he’d simply answer… “you know what to do, you also know what Margo would do in this scene.”  The most interesting aspect about John is that he is hilariously funny and yet a very sincere loving man. He is super intuitive and I found it awkward that he discovered things in me that the people who’ve known longer never realized. There were moments I got completely mesmerized that knew what I was thinking or feeling. I’ve never met someone like John, it’s weird, but very special [laughs].

JETSS: You have been working as a model and actress non-stop. How do you find time to relax and to keep yourself grounded?
CD: Time to relax? [laughs] I wish, I’m joking! I love to work and when I’m not working I’m thinking about work, which is crazy I know. The truth is, I hope to have a break soon and I need one. To relax between traveling I write music and carry one my guitars on my trips. I also try to do yoga twice a day because that helps me to calm down, breath and forget bull***t that’s in my mind. I think a lot of bull***t [laughs]! About keeping myself grounded, I’ve got say that I’m not so sure I am grounded [laughs].

JETSS: Who are your favorite actresses?
CD: Wow, there are so many; I like Meryl Streep and Charlize Theron. Of course Angelina Jolie is also one of my favorites, not only for her acting but also for her directing and humanitarian work. I think Judi Dench one of the best actresses in the world.  One day, I’d like to play a character who is a serial killer or an ugly disfigured woman. 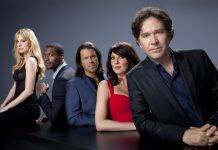 Interview | Kendall Jenner reveals she is a hypochondriac, “I always...