Margot Robbie the stunning, multi-talented, and very sweet Aussie star, reveals in this exclusive interview with JETSS some of her insights and personal preferences when selecting her roles and how she defines “sexy.”

‘The Wolf of Wall Street’ beauty is enjoying the sort of success any young actress could ever hope to dream. With the blockbuster [Wolf] behind her, she has 3 upcoming projects including one she’s very excited about ‘Suicide Squad’. In the case of Robbie, it appears dreams do come true in Hollywood.

In her recently wrapped film, ‘Suicide Squad,’ Robbie plays Harley Quinn the heroine/super-villainess in the DC Comics, due out in 2016. She stars opposite heavy hitters Jared Leto, Will Smith [her co-star in FOCUS], Ben Affleck, Cara Delevingne and Viola Davis.

Robbie sat down with JETSS and shared what’s most appealing to her when selecting a script or character saying…“I always choose my work thinking of a few things. First, if it’s a well-written script with a well-developed character. I have read many great scripts I’ve had to turn down because the character simply has no substance. Secondly, are the filmmakers involved people I want to work with; this is not always the case. I like strong, compelling roles!”

Robbie likes the combination of femininity and power in her characters, “I like my characters to start in one place and end up in a completely differently place is a fun ride. For instance, “The characters I play must have power. In ‘Wolf’ I was the best player among a group of all male gamblers [Laughs]. I don’t think women should put themselves in a box and not allow themselves to express their power.”

Continuing...”As women, we have amazing tools and they should be used efficiently. Knowing how to exercise our femininity without becoming sexual objects can work in our favor. We just need to identify what we are good at and go after our goals. This goes for women and men.”

In addition, how she defines confidence is pretty straight forward…“I think it’s important to trust yourself and have confidence! Knowing what ‘you’ want out of life, not what others expect from you, that’s sexy to me! If you believe in yourself then others will also believe in you.”

A bit of trivia, ‘The Wolf of Wall Street’ was the “highest grossing” film for famed director Martin Scorsese and was nominated for five Academy Awards. Not a bad intro into Hollywood for the 25 yr. old actress. 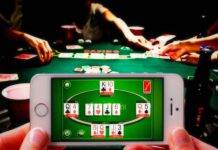