1. OBAMA: “I am determined to make the most of every moment I have left. After the midterm elections, my advisors asked me, ‘Mr. President, do you have a bucket list?’ And I said, ‘Well, I have something that rhymes with bucket list.’”

2. CELINA STRONG: “NBC is here. Even SNL got criticized for making fun of ISIS, if anyone is guilty of taking ISIS too lightly, it’s him (gesturing to Obama). You know.”

3. OBAMA: “It is no wonder that that people keep pointing out how the presidency has aged me. I look so old John Boehner’s already invited Benjamin Netanyahu to speak at my funeral.”

4. CELINA STRONG: “Fox News has been losing a lot of viewers lately, and may they rest in peace. That’s nice to say. That channel is all hot blonde ladies and old dudes. It looks like A Weekend at Bernie’s.”

5. OBAMA: “Anyway, being president is never easy. I still have to fix a broken immigration system, issue veto threats, negotiate with Iran. All while finding time to pray five times a day. Which is strenuous.” 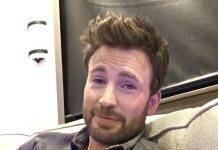