After nearly two years since the release of Dangerous Woman, Ariana Grande is ready to once again bless the world with new music.

And although fans of the singer are more than excited that Ari is returning to the music scene, her much anticipated comeback has sparked some burning questions among Twitter users.

Grande announced the name of her new single No Tears Left To Cry in a tweet that in less than 24 hours has accumulated 228K likes and 96K retweets. But it wasn’t the song’s title nor the release date what caught the attention of over 56 million Arianators on the platform, rather than the fact that the cryptic message was written upside-down.

Grande’s tweet had everyone turning their phones upside down to try and figure out what exactly it said and, as always, some of the responses were simply hilarious. From fans getting aneurysms to people showing off their already poor reading skills as is, here are 20 of the funniest reactions to Ariana Grande’s upside-down upcoming single. These tweets will surely leave you with no tears (of laughter) left to cry! 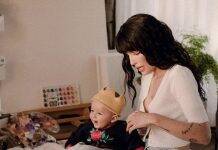