Remember that gangster Joker with a clown makeup fetish and a fake laughter that in just 7 minutes and 20 seconds attempted to top Heath Ledger’s anarchic, barely human murderous psychopath villain but tragically failed? We’ll, he’s getting his own movie.

That’s right, people. We didn’t ask and yet Warner Bros. has pointlessly delivered. Jared Leto is reprising his, uh, unique take on the Joker. And people aren’t one bit happy about it.

Listen, Jared Leto is an amazing actor. But a combination of poor script, notoriously torturous edit, and cringe-worthy acting turned Jared’s performance as the Batman’s archenemy into nothing but a disastrous glorified cameo. And Twitter can’t begin to contemplate a whole two hours of this.

Watch the internet go into a tailspin with some not-so-happy reactions to the news of Jared Leto getting his own Joker movie in our photo gallery above. This was one effective way to piss off comic book fans. 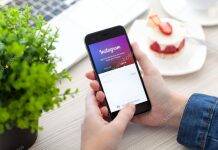