After a kid and two years together, Liam Payne and Cheryl have finally called it quits. And we’re feeling… nothing.

There had been mounting speculations in the weeks heading towards the former couple’s split—not to mention they were rocked by breakup rumors basically ever since they went public with their romance back in 2016.

So, given the history of their whirlwind relationship—that on top of their evident lack of chemistry which could be sensed even through pictures—, it should come as no surprise that fandom Twitter is highly unimpressed by the couple’s breakup.

In fact, the news of the former One Direction-er and X Factor judge’s breakup is so underwhelming that Twitter has decided to spice it up with jokes ranging from their son’s name, to Zayn and Liam’s bromance, to some conspiracy theories involving their allegedly fabricated relationship.

Click through our photo gallery above to see the best reactions to Liam and Cheryl’s breakup. Let’s just say they just couldn’t bear the Payne anymore.

Drake engages in controversy with influencer

Pink lashes out at hackers…and fans! 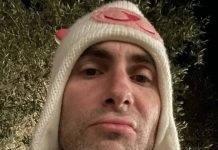