After nearly a decade of fangirling, endless Jonas Brothers concerts, and putting up with his previous high-profile romances, Nick Jonas has decided to get married to someone who isn’t us. And we’re seriously shocked and appalled that he’s pushing us aside like this.

Nick Jonas and Priyanka are pulling a page out of Ariana Grande and Pete Davidson’s book. After only two months of dating, the unlikely couple is now reportedly engaged. Yes—as in set to be married. As in Sophie and Priyank are going to be sisters-in-law. As in all the JoBros are now taken.

In the last two months, the Jumanji actor and the Baywatch star have been spotted on several dates, including a dinner date in New York and a Beauty and the Best Live in Concert show in Los Angeles.

And while we certainly weren’t happy to see our dream boyfriend packing up the PDA with some monumental Indian beauty, we never in our wildest dreams thought Nick and Priyanka’s fling would come to this.

Understandably stan Twitter is freaking out, with lifelong fans of the hottest Jonas Brother (sorry, Joe and Kev) who dreamed up one day ending up with Nick being force to get over it. Click through our photo gallery above to see the best, funniest, most relatable reactions to Priyanka Chopra and Nick Jonas engagement in our photo gallery above.

Well, this officially makes 2018 the year of childhood crushed breaking our hearts. 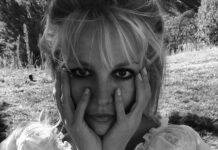