Bobby Keys, a defining saxophonist of the Rolling Stones, died Tuesday at his home in Franklin, Tennessee, he was 70.

Keys provided the tenor sax that contributed to the blues sound of “Brown Sugar,” one of the Stones’ biggest hits, and toured with the rock legends for most of their five decades as a band.

The Rolling Stones are completley devastated by the loss of their very dear friend and legendary saxophone player.  Keith Richards who coincidentally was born on same days as Keys, December 18, 1943 posted this hand written note on his Twitter account, “I have lost the largest pal in the world and I can’t express the sense of sadness I feel, although Bobby would tell me to cheer up. “Bobby made a unique musical contribution to the band since the 1960s. He will be greatly missed”

Besides the Rolling Stones, Keys also collaborated with the other giants of English rock, The Beatles. He joined John Lennon both in music and in drug use during the ex-Beatle’s so-called “Lost Weekend” of estrangement from Yoko Ono.

Other artists with whom he collaborated were Eric Clapton, Joe Cocker and Carly Simon. He also played saxophone on late Marvin Gaye’s “Let’s Get It On.”

In a 2012 interview for Rolling Stone Magazine, Keys said, “I’ve been smoking pot for over 50 years, and I never let a day go by unless I’m in jail, I am a devout pothead.”

Rest in peace Bobby, you’ll most certainly be missed. 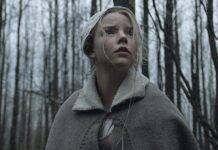