Taylor Swift is over party? I think not.

Two years ago, after the first-year anniversary of her 1989 album, Taylor Swift wrote on her Twitter “It’s been the best year of my life”. Little did she know that 2016 would bring the infamous “Taylor Swift is over party”, a dark episode in her life, full with jealousy, treason, revenge, and emojis.

Now, almost one year after Kim Kardashian exposed her in front of her 8 to 9 million Snapchat followers—oh, and of course, the rest of the entire world—, Taylor Swift is clapping back at her haters with the release of the first single of her unexpected new album, Reputation.

Look What You Made Me Do is the title of the song, which addresses her biggest feuds with your favorite celebrities, including Katy Perry, and her nemesis Kanye West. And of course, the internet is erupting with hot takes on the song. These are their best reactions. 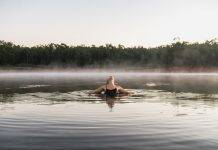