A little over five years ago, we lost one of the greatest American R&B artists of all-time. Since 1985 with her self-title debut album until her untimely death in 2012 at age of 48, Whitney Houston remained a superstar thanks to her extraordinary vocal talent and memorable songs, her greatest legacy to the world.

But today, August 8, we celebrate her birth and life with a compilation of her greatest hits. The voice of the most awarded female artist of all time faded five years ago, but her music will forever live in our hearts. There are Whitney Houston’s top ten hits.

Our 15 Favorite Funny Ladies In Hollywood Who Never Fail To... 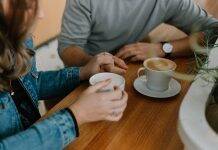 What can you do if you have no luck on dating...