Even after the tragic Madonna tribute to prince circa 2016, for whatever reason, the VMA’s decided to ask Madonna to honor the late Aretha Franklin at last night’s show. And, well, it went exactly as we would’ve expected: a speech by Madonna about Madonna featuring Madonna as “Madonna.”

After spending 30 minutes talking about her freaking self, Madonna only mentioned Aretha name literally one time at the very end.

“So you’re probably all wondering why I’m telling you this story [edit note: Uhm… yes. Yes, we are],” Madonna said. “There’s a connection, because none of this would’ve happened—could’ve happened—without our lady of soul. She led me to where I am today and I know she influenced so many people in this house tonight, in this room tonight, and I want to thank you, Aretha, for empowering all of us. R-E-S-P-E-C-T. Long live the queen.”

Honestly, more than a tribute to the Queen of Soul, Madonna’s speech seemed like her way of getting back at Aretha Franklin for dying on her 60th birthday and stealing her thunder. And Twitter is not having it. 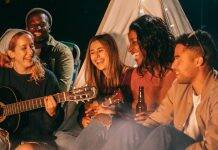 Twitter Lost Its Collective Mind Over The Infinity War Trailer—These are...