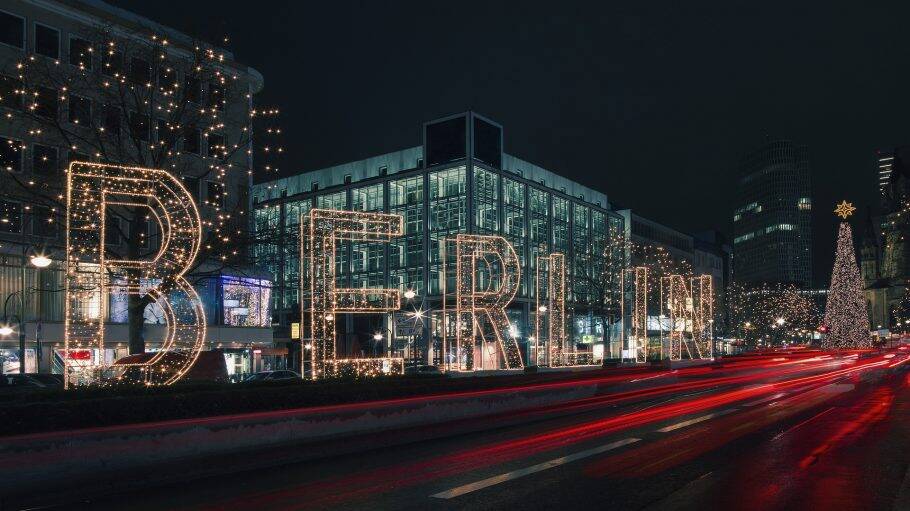 Much like the city itself, Berlin’s music scene has twisted into new shapes over the years. It is believed that Berlin’s rich history and the Cold War wall helped shape the current modern music scene, so in order to see how true this is, the following guide is going to take a look at Berlin’s music scene (past and present) and also offer advice on how you could incorporate it into your own music (if you are a musician, of course).

How Did the Wall Impact Berlin’s Music Scene?

The infamous Berlin Wall separated the East and West in the hopes of preventing people from escaping the Soviet-controlled Berlin (the East) and travelling into the Western-controlled Berlin (the West). The wall divided the country from 1961 to 1989, and while this wall was erect, the population on either side led very different lives.

On the Western side of the wall, the local population enjoyed a new wave of music from musical influences such as Iggy Pop, David Bowie, and the Bad Seed. However, the Eastern side of Berlin had a very different experience. Aside from the musical scene, the West had cheap living and job prospects, whereas the East experienced high unemployment and espionage.

Nowadays, even with the wall having been torn down, Berlin still looks like two separate countries. The East is built up with boring, square houses and buildings. Meanwhile, in the West, Berlin has green burrows and high living standards, which are reflected in plush apartments.

Why is the Berlin Wall and the fall of the Berlin Wall so important to Berlin’s music scene? Through political unrest, there was production of powerful music. When the wall fell, there was a unification, and along came a whole new wave of music.

After the fall of the wall, people were referred to a “no future generation”. This was fuelled by many Berliners who believed that their city was a hub for punks and outsiders, and with this thought process came punk music that suited the angsty mood. As you could expect, after the fall of the Wall, there was a lot of uncertainty but also angst. This caused the music scene to shift, becoming much more radical as those who were previously forced to be part of the GDR could now celebrate their freedom.

People believed that German punks helped bring down the Berlin Wall (more of which can be read here). Those who lived in the East found solace in the punk scene that was underway in the United Kingdom, looking towards the Sex Pistols and the usual mandate of punks for assurance as punks started to rebel against East Germany’s secret police, otherwise known as the Stasi.

During a time when those who lived in the East were unsure as to who was watching them and relaying information to the government, punk music was a solace that many people took comfort in. Punk music encapsulated everything that they wished to do – to go against the government and to have their freedom back. The Germans living in East Berlin no longer wanted to have their lives scripted. Instead, they wanted to have the freedom to live the life that they had always envisioned.

The History of Techno Music in Berlin

Techno music was seen as political, as it went against the system. This is because most places such as pubs or clubs would not have the right licence to play techno music – but places that had access to a sound system or DJ would play loud techno music anyway. Playing such music was seen as illegal, but it was also incredibly revolutionary.

Once the Berlin Wall fell, the techno music scene exploded. Abandoned buildings were overtaken and overrun as they were transformed into nightclubs where DJs played techno music, and it was this attitude and use of techno music that landed Berlin with the title of ‘capital of techno music.’ After the unification of the East and West, a surge of young people organised illegal parties and club events so that Berliners could experience true freedom and relief away from the Stasi.

Some of the largest illegal parties turned into business ventures with people opening their own successful techno venues, which allowed them to make a legal living. Their successes could have been down to the fact that they knew what clubgoers wanted with their nightlife experiences.

Currently, Berlin has an active music scene that is full of potential and aspiring artists. The city is well known for the surge in indie bands looking to make it big and garner a following, and it is also believed that about 60% of Germany’s music revenue is generated in Berlin. Even throughout the current pandemic, Germany as a whole has seen a drastic increase in music revenues.

If you are an aspiring or well-known music artist, you may want to consider heading to Berlin for inspiration, especially if you are an artist that records techno music. As you may expect, considering how musical the city of Berlin is, there are a number of music studios readily available across the city. For instance, these Berlin Tonstudios are offered by Pirate.com, a renowned and trustworthy music studio business worldwide. If you are looking to book Aufnahmestudio Berlin, whether it is for an hour, a day, or even a week, this could be the ideal spot for you to lay down some lyrics and collaborate on some music with other musicians.

Berlin has had a rich and colorful history, some of which is not always positive. The Berlin Wall separated a city, but with the power of music, the Wall came down and the unification and freedom people felt was palpable. Techno, although not born in Germany or Berlin, has a historical place within the city and is synonymous with independence. If you are a fan of music and travel, why not head to the cultural city of Berlin?