A Los Angeles county judge has signed legal documents, making Kris and Bruce Jenner’s divorce finalized,  but they won’t be officially divorced until March 23, 2015 due to the six-month legal requirement.

The couple had not signed a prenuptial agreement when they married, but Kris will keep the family home while the pair divides various bank account and other asset.  Neither will receive spousal support from the divorce agreement.

Because Kylie Jenner is already 17-years-old and so close to legal adulthood, the judge determined that there was no need for a custody provision. Kris filed for divorce in September citing irreconcilable differences but listed the date of separation as early as June 1, 2013.

The friendly couple will continue to remain a family unit. 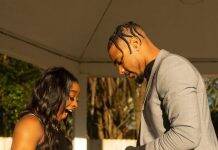