Pop star Katy Perry visited today the Auschwitz-Birkenau State Museum, site of the notorious concentration camps Auschwitz I and Auschwitz II-Birkenau, where millions were killed during the Holocaust.

She posted on her Instagram: “My heart was heavy today. The one that does not remember history is bound to live through it again.”

Perry captioned a photo she took at the main memorial site:

“For ever let this place be a cry of despair and a warning to humanity, where the Nazi murdered about one and a half million men, women and children mainly Jews from various countries of Europe. Auschwitz – Birkenau 1940-1945.” 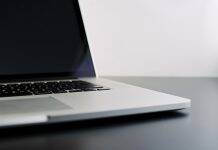