John Legend is standing up for what he believes is right!

Just out; the ‘All of Me’ singer has backed out of attending an event at The Beverly Hills Hotel after learning about the owner’s controversial views on same-sex couples.

“John Legend will not be attending the L.A. Confidential party at the Beverly Hills Hotel in light of the horrific anti-women and anti-LGBT policies approved by the hotel’s owner, the Sultan of Brunei,” Legend’s rep told The Hollywood Reporter.

“These policies, which among other things could permit women and LGBT Bruneians to be stoned to death, are heinous and certainly don’t represent John’s values or the spirit of the event.”

The statement concluded, “John does not, in any way, wish to further enrich the Sultan while he continues to enforce these brutal laws.”

Legend is featured on Los Angeles Confidential magazine’s December/January issue where he gushed about the woman he knew he was going to marry from day one, his now wife Chrissy Teigen.

When asked about the controversy surrounding the venue, the magazine explained the party’s location choice. “Los Angeles Confidential Magazine is an avid supporter of equal rights for all people,” publisher Alison Miller said in a statement. “Our decision to hold our event at the hotel in no way suggests that we support any anti-human rights policies. We respect Mr. Legend’s decision not to attend the event, and believe that each individual, company and organization must make their own decision as to how they communicate their positions on political views, social and civil rights.”

Legend certainly isn’t the first celebrity to show their disapproval of the hotel owner’s stance against the LGBT community.

Kim Kardashian’s baby shower was moved to another venue after her family learned of the owner’s viewpoints. Jay Leno, Sharon Osbourne, Richard Branson and Ellen DeGeneres have also joined a boycott against the hotel. 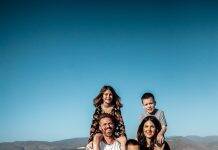