Dr. Mehmet Oz defends himself against the naysayers trying to bring him down.

The physician and on-air personality starts by describing his show as a place where his audience can turn to should they need advice “on how to find a good life. This means celebrating them wherever they are in their search for health, and offering tools to nudge them along in the right direction,” he stated in an interview for Time.

But his critics take issue with his “tools,” claiming Dr. Oz wants to only participate in activities that will help him gain financially. This is bull according to the good doctor.  He does not take a penny for any endorsements and states this often on his daytime show.

He explains that his fascination with “alternative medicine” was never meant to be a replacement for “conventional medicine.” Instead, he wanted it to serve as an “additive.”

“Because in some instances, I believe unconventional approaches appear to work in some people’s lives. They are often based on long-standing traditions from different cultures that visualize the healing process in very different ways from our Western traditions.”

He ends his article with a call for freedom of speech, something the dean of Columbia University supported in his defense of Dr. Oz’s position on staff. “I know I have irritated some potential allies, no matter our disagreements, freedom of speech is the most fundamental right we have as Americans. We will not be silenced. We’re not going anywhere.”

There is profit in keeping Americans sick so it would seem a ‘doctor’ would want his patients ill. Therefore, the arguments from the naysayers don’t make sense.  This doctor wants his patient well and informed. 35 celebrity cameos on The Simpsons – Part 2 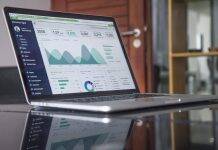