A dozen Native American actors walked off set today during filming of the a new Netflix movie.

‘The Ridiculous Six’ starring and co-written by Adam Sandler is currently in production in New Mexico for the network, and some of the cast and crew are not happy with the script over depictions of Native Americans. Sandler co-wrote the script with Tim Herlihy.

The actors are insisting that the western is insulting to “native women and elders and grossly misrepresented Apache culture” according to reports. However, Netflix spoke out and said that is part of what ‘The Ridiculous Six’ is about.“The movie has ridiculous in the title for a reason: because it is ridiculous. It is a broad satire of Western movies and the stereotypes they popularized, featuring a diverse cast that is not only part of — but in on — the joke.”

A spokesperson said that despite the exiting of the  actors, there will be no interruption of filming. Nick Nolte, Terry Crews, Steve Buscemi, Will Forte, Luke Wilson, Taylor Lautner and Whitney Cummings will co-star in the feature. 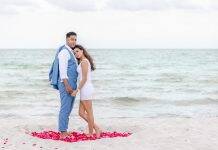