Oh how we long to hear this…“shut up Lucious!” and what were Lucious Lyons’ last words?…“game time bitches!” Ohhhh yes, it’s on!

You’d have to be as crazy as Cookie Lyon to have any doubts about whether ‘Empire’ would be back for a second season, but now it’s official. The show’s leading lady, Taraji P. Henson, just announced the show’s release date, and September 23,, 2015 is just far enough away that you can either a) binge watch the entire first season if for some nonsensical reason you haven’t yet or b) re-binge watch the entire first season because the rap drama is just that good.

Though it’s only been around since January, the Fox soap opera about the inner-workings of a hip-hop record label drew in more than 16.7 MILLION viewers for its March finale. The second go-round is bound to be even bigger, with a starry lineup of guest stars, including Alicia Keys, Lenny Kravitz, Chris Rock, and even the Biebs are slated to appear. NOT that the show needs them because we could watch Cookie the whole hour, but still Yay! 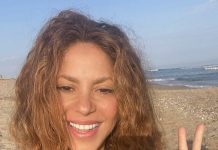