Last night ‘Saturday Night Live’ had its season finale so that may have been one reason host Louis C.K. decided to push the boundaries in his show-opening monologue about child molestation and racism.

Sunday morning, though, he may be having second thoughts with the wave of internet backlash.  “If someone said to me, you eat another Mounds Bar and go to jail everyone will hate you… I’d stop doing it. … There’s no worse life available to a human than being a caught child molester … you could only really surmise that it must be really good … for them to risk so much.”

Louie compared the two Middle Eastern states to his children, before segueing into a bit about his own “mildly racist” attitudes. White men in hoodies vs. black men in hoodies… just watch and you’ll see.

SNL season finale with not so funny, Louis C.K.: 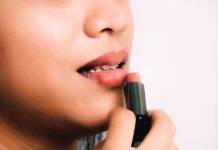