“Bachelor in Paradise” revealed part of its new cast on this morning! Previous “Bachelor” and “Bachelorette” contestants will once again head to Mexico for the second season of ABC’s reality TV dating show, which premieres August 2.

Last season the show ended with contestants Marcus and Lacy getting engaged, and Michelle and Cody leaving Mexico as a couple. The latter couple has since split, but neither is back for a second. In addition to the alumni listed below, there will also be four guys joining the show from Kaitlyn Bristowe’s current season of “The Bachelorette,” as well as a surprise female contestant.

JUAN PABLO’S SEASON OF THE “THE BACHELOR”
Clare Crawley, 34 – hair stylist (was also on “Bachelor in Paradise” last season) 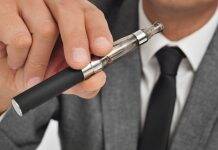