Jules Bianchi, 25, passed away last night, he had been in a coma since crashing his Marussia into a recovery vehicle at October’s Japanese Grand Prix. He is the first F1 driver to die from injuries sustained in a grand prix since Brazilian triple world champion Ayrton Senna was killed at the San Marino Grand Prix in Imola in 1994.

Bianchi, who had suffered a diffuse axonal injury, died in hospital near his parents’ home in Nice in the south of France. His family said: “Jules fought right to the very end, as he always did, but today his battle came to an end.”

The Marussia Team, now known as Manor, said Bianchi had left an “indelible mark on all our lives”.

Bianchi made his F1 debut with Marussia in 2013 and was also a member of the Ferrari young driver academy after previously working as a test driver for the team.

The Manor Team said in a statement: “Words cannot describe the enormous sadness within our team this morning, as we come to terms with losing Jules. He has left an indelible mark on all our lives, and will forever be part of everything we have achieved, and everything we will strive for going forward.”

F1’s governing body, the FIA, said the sport had lost one of its most talented drivers. “Jules Bianchi was a popular personality in F1, possessing the best of both human and sporting qualities.”

The accident happened when Bianchi’s car slid off the track and into a crane picking up the Sauber of German driver Adrian Sutil who had crashed at the same spot one lap earlier.

A working group of the sport’s governing body, the FIA investigated the accident and found that as Bianchi went off the track into the run-off area, he “applied both throttle and brake together, using both feet” over-riding the fail-safe mechanism. His front wheels had also locked.

The world of Motorsport has been paying tribute to Bianchi…

McLaren’s Jenson Button posted on Twitter:  “Last night we lost a truly great guy and a real fighter. RIP Jules, my sincerest condolences to his family and friends.”

Lotus driver Romain Grosjean said: “Yesterday we lost one of the best guys and best drivers I’ve ever met. I’ll miss you so much my friend.”

Williams’ Valtteri Bottas paid tribute, saying: “Woke up to the very sad news. RIP Jules. You will be never forgotten. My thoughts are with the family.”

“No words can describe what his family and the sport have lost. All I can say it was a pleasure knowing and racing you,” tweeted British driver Max Chilton who was Bianchi’s team-mate last year.

Andre Lotterer tweeted,“Rest in peace dear Jules. We lost a great fighter today. All my thoughts are with you and your family.”

These Celebs Are Cashing in On The Gambling Boom In The... 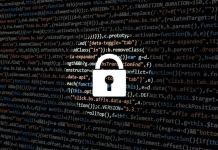