Woody Allen might be one of Hollywood’s introverted and private directors and rarely speaks about his personal life but for some reason he opened up to NPR.

The 79-year-old revealed more than one could hope for in an interview about himself and his 50 year career. Allen has been married to Soon-Yi Previn for 20 years, but their relationship began when he was still involved with her adopted mother, Mia Farrow (Soon-Yi’s father is Farrow’s ex-husband Andre Previn).

Allen…“I started the relationship with her and I thought it would just be a fling. It wouldn’t be serious, but it had a life of its own. And I never thought it would be anything more.”  “Then, we started going together, then we started living together, and we were enjoying it. And the age difference didn’t seem to matter. It seemed to work in our favor actually.”

“I’m 35 years older, and somehow, through no fault of mine or hers, the dynamic worked. I was paternal. She responded to someone paternal. I liked her youth and energy. She deferred to me, and I was happy to give her an enormous amount of decision making just as a gift and let her take charge of so many things. She flourished. It was just a good luck thing.” Allen added, “She enjoyed being introduced to many, many things that I knew from experience, and I enjoyed showing her those things. She took them, and outstripped me in certain areas that I showed her.”

Allen, also has two adopted children with Soon-Yi, Bechet and Manzie. He gives luck the credit for their long-lasting union. “I feel that you can’t orchestrate those things. Two people come along and they have a trillion exquisite needs and neuroses and nuances and they have to mesh, and if one of them doesn’t mesh, it causes a lot of trouble. It’s like the trace vitamin not being in your body. It’s a tiny little thing, but if you don’t have it you die.” 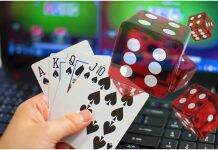