Hollywood has been talking a lot about hunky British babe Dominic Cooper lately and the ‘Mamma Mia!’ star admits he is “terrible” at shaping his own career.

The ‘Mamma Mia!’ star has confessed he finds it hard to turn down jobs and wishes he could be more selective about the roles he accepts in the same way Matthew McConaughey has done in more recent years saying…“It’s scary turning down work, you always think you’re never going to work again, but you have to try and figure out where you want to take your own career. Some people are really good at understanding where they want to see themselves. I’m terrible at it.”

The 37-year-old actor recently wrapped on the film adaptation of the video game ‘Warcraft’ and has also appeared in ‘Preacher’, ‘Agent Carter’ and ‘Captain America: The First Avenger’, and admitted he went for a role alongside Drew Barrymore in ‘Miss You Already’ to take a break from the world of sci-fi and comics.

Cooper explained to Marie Claire magazine: “I just wanted to do something where I could talk as a human being, and be natural and real.” The ‘Need for Speed’ cutie also revealed he finds it bizarre that fans of comic book movies get so caught up in it all, adding, “I don’t know if it’s me being stupid, but I can’t get my head around it… I love that people get so excited but to be honest, it’s odd that I’ve ended up making so many.” 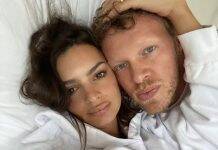