Kerry Washington admits being a working mom is “the real deal” and claims she’s tried to quit her Hollywood career “all the time” but is always brought back by the pull of a good story.

Washington 35, credits the show’s creator Shonda Rhimes for helping her to juggle motherhood and her career. The brunette beauty, has 16-month-old daughter Isabella with husband Nnamdi Asomugha feels lucky to have a boss “who really understands” her need to be present at home as well as on set.

Asked whether being a working mother is overwhelming, Washington said: “Well, last season was my first real experience of working with Isabelle. Honestly, it’s no joke! It’s the real deal. Shonda Rhimes is a wonderful role model. One of the greatest things about having her as a boss is that she is a woman who really understands. She’s a mother and has four shows, along with three kids.”

The ‘Scandal’ star admits she often thinks about walking away from her Hollywood career saying…“I try to quit acting all the time! Not necessarily the show, it’s not that I would ever walk away from ‘Scandal,’ but at times I am like, ‘Eh, I’m done with this acting thing.’ But being able to tell the story brings me back.”

She quietly got married in June 2013, and says her honeymoon was the best holiday she’s ever taken. She told InTouch Weekly, “I always say my favorite weeks in my life so far are my honeymoon and doing ‘Saturday Night Live’ not counting every second with my kid.” 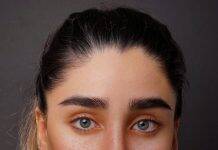