The ‘X-Factor’ winner Ben Haenow admits his relationship has been affected by his new found fame.

The 30-year-old musician has admitted his long-term relationship with girlfriend Jess has been tested since winning ‘The X Factor’. Last year he was so busy working on his career but now he insists he and Jess are in a much better place.

Speaking about a new song titled ‘All Yours’ which was inspired by their difficulties, he explained to BANG Showbiz: “It was more of an autobiographical one, this one, and people who know my story and stuff will probably be able to read into it a little bit more. This is kind of about when you’re away from someone and maybe you’re not taking the care and attention that you should to keep in contact with them, what their friends are saying back home and the stories that are being told. It’s basically just about when you go out and you put yourself out there and people don’t understand that everything you’re doing is for them and it seems like you’re offending or hurting someone.” 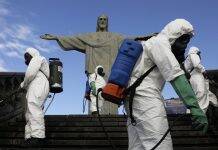