Like many women in the fickle world of showbiz, Sandra Bullock is not immune to sexism.

“I never knew that there were limitations where I was looked at as less than until I was actually pretty deep in this business and I had a pretty unsettling moment, and I went “Oh my God, I’m being treated this way because I’m female.”

The Gravity star continued, “I grew up to be exactly who I was supposed to be and have the opinions I wanted to have and didn’t think there were limitations to that. So I thought, politically, I was pretty open minded and could speak my mind and then I saw I wasn’t supposed to.”

Sandra has been busily promoting political drama ‘Our Brand Is Crisis,’ a starring role which was originally meant to go to a “man.”  Producer George Clooney, 54 told a press conference that production on the film project had stalled until Bullock opted in and shook things up…“the minute she called and said she wanted to play the role that had been written as a man.”

Sandra explained that they didn’t need to do too much to make the part fit, saying: ‘The character is basically the same, other than the sex.”

Optimistic about the future for women in Hollywood, Clooney suggested his very simple theory to beat sexism once and for all, “put more women in movies written for male protagonists.” 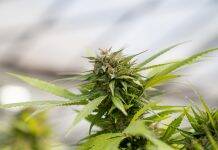