Lamar Odom, ex-husband of Khloe Kardashian, is found unconscious in a Nevada brothel on Tuesday afternoon, after someone went into his room to check up on him.

The NBA star is fighting for his life after “falling into unconsciousness” at Dennis Hoff’s Love Ranch South.

Sources have admitted that at this point, “it’s not good.” According to some witnesses, Lamar had arrived at the brothel on Saturday, where he was seen partying with the girls for days.

Reportedly, the person rolled the former NBA star over and saw fluid streaming out of his mouth. Lamar has since been evacuated to Pahrump hospital, where doctors intubated him, usually a sign that a patient is unable to breathe on their own.

Sources say that the troubled sporting personality has since been transferred to Las Vegas to undergo more treatment. 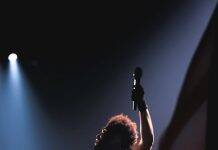