Priscilla Presley says her marriage to Elvis Presley not an easy road, but she loved him after all.

Presley, an actress and now 70 yrs, opened up about the late rock ‘n’ roll legend. Presley was just shy of 21 years old when she married Elvis Presley in 1967. Nine months later they welcomed their only child, Lisa Marie Presley who eventually followed her famous father’s footsteps with a music career of her own.

Presley said of marriage with Elvis…”It was difficult, especially at a young age, being a new wife and automatically being a new mother and being in rock and roll. I wanted to be a mom and yet, I traveled a lot and Elvis wanted me to be with him. It was a tug of war trying to make it all work.”

The couple remained close after their divorce was finalized in October 1973, and the actress shared her last conversation with the singer in the interview with Huff Post.

“We talked a few days before he passed, which was very hard.  I was] asking if he was ok and if he was excited about going on tour, and he was … He loved work, but he was dealing with a lot of issues and decisions that he had to make, so it wasn’t easy.”

Elvis died from heart failure in 1977.  Presley is the co-founder of ‘Elvis Presley Enterprises,’ and turned their Graceland home into a popular tourist attraction. The actress celebrated the late singer’s birthday at the house in January, and executive produced the new album ‘If I Can Dream: Elvis Presley’ with the Royal Philharmonic Orchestra.

Lindsay Lohan And 8 Other Celebrities Who Are Skeptical About The... 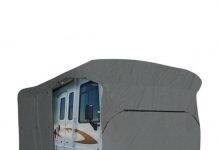 Elizabeth Olsen Auditioned For Daenerys Targaryen And It Was Just “Terrible”