Images of a slumped motionless Lamar Odom in a seedy brothel bed, has been revealed today by Daily Mail.

The shocking pictures were taken Monday night inside the Love Ranch suite where NBA great Lamar romped with two prostitutes and consumed a mystery cocktail of drink and drugs.

The first of the three pictures, shows the 35-year-old siting barefooted on a couch, looking drained and disheveled. In the second and third images, the 6ft 10in former athlete is seen sprawled across a king-size bed.

It is not clear from the later images of the former Los Angeles Laker was merely asleep or already in the throes of an overdose, however there are no visible signs suggesting he was unwell. ‘It’s hard to tell if had taken anything at that point. He did take naps all the time throughout his stay. The girl who took these pictures has kept the time-stamps because she believes it proves he was OK when she left him.’ added the source. 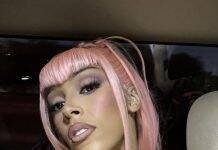