For the sixth consecutive year, the annual ‘Veuve Clicquot Polo Classic’ returned to the iconic ‘Will Rogers State Historic Park’ in the high end area of Los Angeles called Pacific Palisades, for a delicious afternoon of polo, picnicking and sparkling champagne.

Veuve Clicquot continues to maintain the tradition of Polo living in Los Angeles and supports one of the last polo fields of the region. The Will Rogers park once served as the home of the matches and many Hollywood stars including Will Rogers himself, Walt Disney, Spencer Tracy, Clark Gable, and Douglas Fairbanks and Marilyn Monroe, Elizabeth Taylor were often seen in attendance.

Demi Lovato And Wilmer Valderrama Had A Lunch Full With Laughter... 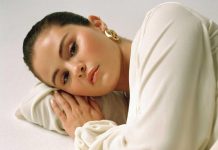 Selena Gomez is dating a member of the duo of “The...