Chris Brown has cancelled a planned tour of Australia after authorities warned the singer he would be denied a visa.

The refusal of a visa to the 26-year-old R&B star comes as a result of his domestic violence conviction against ex-girlfriend Rihanna, Daily Mail reports.

In September, the Australian immigration department issued Brown a letter instructing him to explain why he should be let into the country.

“People need to understand if you are going to commit domestic violence and then you want to travel around the world, there are going to be countries that say to you: ‘You cannot come in because you are not of the character we expect in Australia,'” the then-minister of immigration, Michaelia Cash, told reporters.

It is reported that Brown withdrew his application without providing the requested explanation. 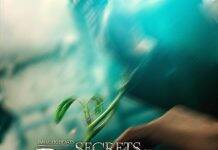