The 20-year-old Victoria’s Secret model is having fun again after her split from singer Joe Jonas earlier this year, her mother Yolanda Foster said.

“I haven’t met him yet. Gigi’s 20 years old, loving life, shopping like she should,” she told Entertainment Tonight.

The former One Direction singer is reportedly besotted on the beauty.

“He thinks she’s stunning and it wouldn’t harm his profile to be dating a top US model as he launches his solo career,” an insider told ET.

The pair has recently been seen holding hands together on a string of romantic dates a month after Gigi called it quits with Joe Jonas. 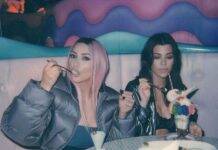