Justin Bieber has been full of promises about straightening up and flying straight, but he just can’t seem to steer clear of trouble.

The 21-year-old pop superstar invited four girls back to the luxury Rosewood hotel after his Capital Jingle Bell Ball performance on Sunday, but things didn’t end too merrily.

One of the girls stormed out of Bieber’s room without shoes, fuming and threatening to call the police. “After fooling around in his hotel room one of them had an almighty meltdown,” a source told The Sun. “It was just after 6:00 so, as you can imagine, she caused a huge disturbance.”

The girl was reportedly furiously searching for a friend of hers, but officers who arrived safely located the girl and no offences were committed. Soon after, Bieber was seen evading attention and heading to the airport. 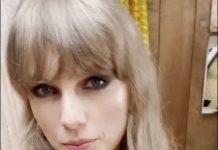 The “Grotesque” Practice Of Selfies Is Now Banned At Cannes Film...