The annual Kardashian Christmas card has been revealed and it’s not what any of us expected – there isn’t even one Kardashian on it!

After an eventful year for the First Family of fame, there had been much speculation how the traditional family Christmas card would turn out. Kim Kardashian solved the riddle on Instagram earlier with this cute snap of the younger generation – none of whom carry the famous last name.

There’s no shortage of cuteness, though as North, Penelope, Reign and Mason all look adorable in posing in black. “All you need is love,” the Keeping up with the Kardashians star wrote. Her daughter North, who does carry the famous name of her father Kanye West, appears in the photo without baby brother Saint, who has not been seen in public yet.

She had to settle for the company of her cousins Mason (6), Penelope (3) and Reign (1) – the children of Kourtney Kardashian and Scott Disick. 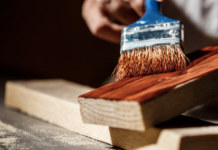