Kim Kardashian and Kayne West have blessed the world with their last oddly named child as doctors warn another pregnancy would be dangerous.

The 35-year-old star of Keeping up with the Kardashians gave birth to baby Saint, little brother to two-year-old North, last Saturday.

There will be no more siblings, though, as doctors told Kim she is all but guaranteed placenta accreta, a life-threatening condition she suffered during both pregnancies, if Baby West #3 was to be conceived.

Kim recently hinted that would be the case on her website KimKardashianWest.com: “I’m not worried about after [sic] giving birth to my second child…I’m just worried about number three, that’s when your body really starts to slip.”

According to TMZ, the couple will keep their brood to two so Kim would avoid another incredibly painful and potentially life-threatening birth. Placenta accreta occurs when a part of the placenta attaches to the muscular wall of the uterus. 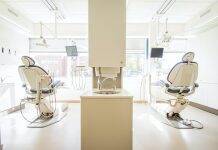 Jennifer Lawrence Reveals the Main Thing She Wants in a Man!