Kim Kardashian plans to ward off depression after the birth of her first son by eating her placenta. The 35-year-old reality TV star gave birth to baby Saint last Saturday and now she says she had the placenta freeze-dried into pill form.

“My experience eating my placenta is up on my app!” the Keeping up with the Kardashians star tweeted. Kim, who is also the mother of daughter North (2), said this is nothing new. She did the same to avoid post-partum depression after giving birth to her and husband Kanye West’s first child.

“I had great results and felt so full of energy and didn’t have any signs of depression. I definitely had to do it again,” she wrote on her website kimkardashianwest.com. She did at least stop all the crazy theories about how she will be eating it in its tracks early. “I’m having it freeze-dried and made into a pill form – not actually fry it like a steak and eat it (which some people do, BTW),” she wrote.

It was reported earlier that Kim hinted about a desire to have a third child, but that she has since been warned by doctors that another pregnancy could be very risky. During both pregnancies she suffered from placenta accreta – a potentially life-threatening condition where the placenta attaches to the muscular wall of the uterus.

15 Actors to win an Oscar in 1st movie 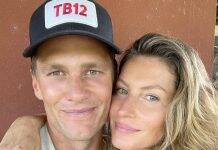