Sam Smith recently went on a Justin Bieber’s tattoo binge, but at least he has some thoughtful explanations for his ink.

The 23-year-old singer-songwriter took to Instagram to show off close-up shots of his new body art. The first features two horizontal parallel lines on his wedding ring finger. “This ones pretty self explanatory [sic]. It shows my views on gay marriage and equality for all x.”

His other ring finger now features vertical lines and recalls ancient tattoos found on mummified bodies. The singer also added cursive lettering to each of his biceps. One features the word “honesty” – something he aims to keep his music grounded in.

The other features the word “lonely.” However, it’s not a cry for attention, the singer said. “I do see it as a small positive thou… No longer lonely… Just alone… “ 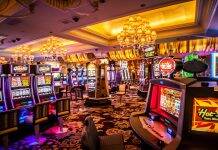