A-listers Zayn Malik and Gigi Hadid have reportedly grown closer and was seen holding hands out on a dinner date.

The former One Direction singer, 22, and the Victoria’s Secret model, 20, were seen leaving famous restaurant The Nice Guy in Los Angeles on Saturday night, TMZ reports. “It’s a very new thing. They’re just seeing where it goes,” an insider said.

The pair was also spotted together in New York a few days earlier where Zayn is working on his first solo album since his split from 1D. Zayn is reportedly happy to move on after his split earlier this year from fiancé Perrie Edwards of the British singing group Little Mix. Gigi also recently emerged from a relationship with Joe Jonas. 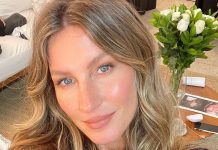