It had previously been widely and erroneously reported that Caitlyn Jenner had been dating a young man who turned out to be her son, but now she has said it herself.

In the trailer of the second season of her reality show I Am Cait, the former Olympian confirmed that she no longer has any interest in dating women, TMZ reports.

“To be honest I don’t see myself dating women in the future,” Jenner said in the two-minute promo.

Jenner had previously remained silent on her dating plans and even shied away from giving her views on gay marriage, but now she seems to be opening up about it.

However, it remains to be seen if it is true once the new season airs, as producers of the show have cast doubt over Jenner’s sexuality in previous promos. On that occasion Caitlyn responded to family asking the question with the answer that she loves women as much as Bruce did. 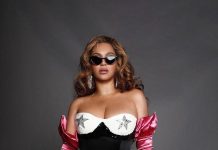 George Takei And 10 Other Celebrities Who Have The Misfortune Of...