One Direction star Louis Tomlinson is set to pay a whopping $3 million in child support, but his baby’s mom isn’t happy about the check.

The singing heartthrob welcomed his first child with former lover Briana Jungwirth into the world on Friday and now he has agreed to pay nearly $15 000 in child support every week, The Sun reports.

“Louis is doing everything he can to provide for mother and baby. He’s very wealthy, but is still being hugely generous in the amount he is giving,” a source told the British newspaper.

The figure does not satisfy Briana, though, one insider has now revealed: “The family have slightly exaggerated expectations of what Louis should be contributing every month.”

It is reported that more than $6 000 a month will go towards the rent of a four-bedroom house in Calabasas, California, where Briana and the baby can live close to Louis.

“He’s taking being a dad very seriously,” the source close to the 23-year-old singer said. The rest of the child support money would go towards expenses on toys, nappies and baby clothes.

Despite some tricky times ahead with his baby’s mother, Louis himself could not hide his joy at the birth of his son, posting to Twitter: “I’m pleased to say my baby son was born yesterday. He is healthy and pretty amazing. I’m very happy!! [sic]” 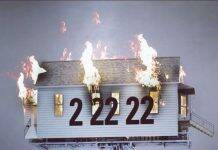