Joseph Fiennes has been cast to star as Michael Jackson in a one-off TV comedy amidst raging debate surrounding diversity in Hollywood.

The white Shakespeare in Love actor will play the black king of pop in Elizabeth, Michael and Marlon – a road trip movie also starring Stockard Channing as Elizabeth Taylor and Brian Cox as Marlon Brando.

The internet has reacted angrily as the news broke amidst the raging #OscarsSoWhite debate focused on the lack of diversity and opportunities for non-white actors in mainstream Hollywood film, BBC reports.

“I’m TOTALLY on board with Joseph Fiennes playing Michael Jackson IF AND ONLY IF [sic] Angela Bassett is cast as Elizabeth Taylor,” Sleepy Hollow star Orlando Jones posted on Twitter.

Bassett, who played Tina Turner in a biopic, responded by joking that she was “ready” take the role after bathing in “White Diamonds.”

Fiennes himself, however, said race was not an issue in the casting decision, because Jackson was “probably closer to my color than his original color.” He also told Entertainment Tonight: “I’m a white, middle-class guy from London – I’m as shocked as you might be.”

In response to the backlash, a spokesperson of Sky Arts, the producers of the show, said: “Sky Arts gives producers the creative freedom to cast roles as they wish, within the diversity framework which we have set.”

Describing the show, Fiennes said: “Michael and two of his best buddies, Elizabeth Taylor and Marlon Brando, happened to be in New York the night before 9/11.”

The comedy is said to be readied for release later this year. 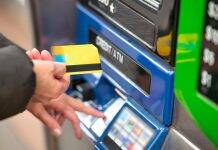