The 66-year-old reality TV star has named her signature lipstick Finally Free, a phrase she commonly uses referring to herself.

“I wanted a name that I use, and which represents the community,” Jenner said in an exclusive interview with MAC cosmetics. “This is who I am: Finally Free”

When asked how she chose the color for the new product, Jenner said: “I wanted a lipstick that would be universal, suited to more people, and was an everyday lipstick, not just a high-glam, once-in-a-while kind of lipstick.”

Unlike the majority of celebrity makeup deals, Jenner’s campaign is aimed at social change as all profits will go towards MAC’s transgender initiative, a movement for social justice for and acceptance of transgender people.

“I just continue on with our plan about bringing understanding to this issue,” Jenner said. “I want to do the right things.”

Jenner joins a diverse list of celebrities to front a campaign for the brand, including Lady, Gaga, Elton John and Ru Paul. 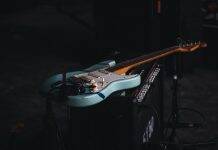