Avril Lavigne and Chad Kroeger reunited on the red carpet of a pre-Grammy party on Sunday evening – five months after separating.

The pop punk queen and the Nickelback frontman was seen getting very cozy at the Valentine’s Day bash at the Beverly Hilton in Los Angeles, US Weekly reports.

Lavigne herself posted several photos posing with the gravel-voiced rocker once inside the party venue. “Grammy Party ….. Feeling great. Lovely night,” she captioned one of her photos.

Neither of the two wore their wedding rings, but they appeared very chummy at the table shared with Alice Cooper and Kiss legends Paul Stanley and Gene Simmons.

It was also via Instagram that the 31-year-old Lavigne announced the breakup of her marriage with Kroeger last year. “It is with heavy hearts that Chad and I announce our separation today,” she wrote in September.

The Grammy Awards should coincide with Valentine’s Day every year! Who knows who would end up together… 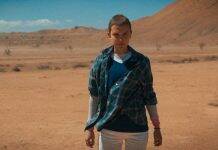