AC/DC frontman Brian Johnson has said he feels betrayed by his bandmates after it was announced he will not be touring with them.

The notoriously loud Australian stadium rockers last week announced that they will postpone various shows on the US leg of their tour after doctors warned the singer he could go completely deaf.

US comedian Jim Breuer visited the 68-year-old singer at his Florida home and said he was “really depressed” about the situation.

“But he wasn’t upset about his health. He was upset in that he kind of feels he got kicked to the curb,” Breuer said in the latest episode of his The Metal in Me podcast on Tuesday.

Johnson apparently confided in his bandmates about his doctor’s orders, but “literally the next day in the press it was, ‘Tour canceled; he’s losing his hearing,’” Breuer said.

“He heard from someone that they have already hired somebody and it just hasn’t been announced yet,” the comedian added.

Johnson has been a member of the band since 1980 and first appeared on their blockbuster album Back in Black. 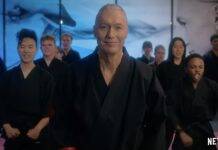