A press representative for the rock giants AC/DC has announced that Axl Rose will stand in for Brian Johnson for the rest of the US tour.

The surprise announcement comes shortly after the band announced the dates would be “made up later in the year, likely with a guest vocalist,” NME reports.

Singer Brian Johnson is unable to tour with the band after doctors warned him he risks “risk total hearing loss” if he continues.

Despite the fact that the press representative confirmed the Guns N’ Roses frontman’s new gig, the band has since back-paddled.

According to NME, the band replied to further questions with the cryptic message: “Nothing official to announce. Will update you if that changes.” 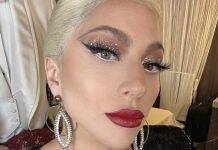