Businesswoman and model Ivanka Trump has given birth to a baby boy.

The 34-year-old daughter of US presidential candidate Donald Trump welcomed Theodore James Kushner into the world with her husband Jared Kushner on Sunday.

She announced the birth of the boy via Instagram on Monday, captioning the beautiful picture: “Baby Theodore. My heart is full #grateful”

She also shared a picture declaring “it’s a boy” in which the time of birth is given as 5:43pm on Easter Sunday.

Trump announced her pregnancy in September last year, saying: “Jared and I are thrilled to announce that we’ll be welcoming baby number 3 to our family early next year.” 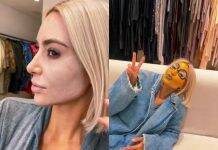