Caitlyn Jenner has taken up Donald Trump’s offer to use the female bathroom in one of his luxury buildings.

Trump said the law, which calls for transgender people to use the bathroom that matches the gender on their birth certificates, has caused unnecessary strife.

He then extended an invitation to Jenner to use whichever bathroom she pleases in one of his famous Trump brand buildings.

“Thank you, Donald. I really appreciate it,” Caitlyn said as she walked out of the female bathroom.

“And by the way, Ted,” she continued in the Instagram video, “Nobody got molested.”

Her comment was of course a swipe at Ted Cruz, who last week slammed his Republican rival Donald Trump’s opposition to the law. 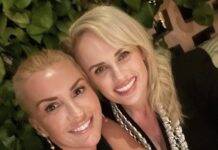